Blog / Tee Off With Gopher It…

Tee Off With Gopher It… 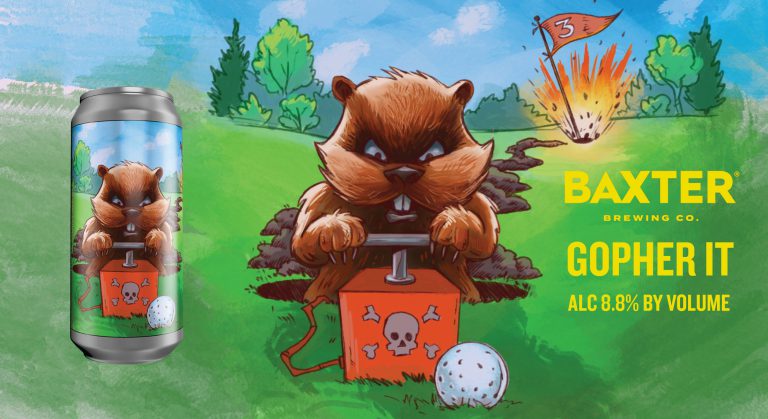 The Dalai Lama was once rumored to have said, ‘Gunga galunga… gunga, gunga-lagunga’. While there are many ways to interpret this phrase, we at Baxter take it to express an unconditional love of hops. And not just any hops… we’re talking about the biggest, juiciest, dankest and most powerful hops that only the best farmers in the world and their scientific partners in the lab can deliver. That’s why we used only the freshest, sexiest hops for ‘Gopher It’, from cryo-processed to our very own custom terpene extract.

‘Cryo-terpene what’, you ask? Cryo hops are made from fresh hop cones that are processed under extremely cold temperatures in nitrogen rich environments. ‘So’, you ask? Well, these are the ideal conditions for preserving the all the aromatics of the hops from the farm, to our brewery and into your hand. Terpene extraction is a technology that we borrowed from our Buds in the cannabis industry. You see, they’ve gotten quite skilled at taking specific elements of plants and pulling out specific compounds. We only wanted to put your olfactory on cloud 9, so we had them isolate the heady aromas from our favorite hop varieties and put that lightning in a jar. ‘Cool’, you say? Yes. Yes it is.

‘What makes this a TRIPLE IPA’, you’re wondering? Three times the malts, plus three forms of hops across three additions equal a triple XL brew. Barley, wheat and oats support big ‘ol ABV and massive hop dosages which makes Gopher It dangerously delicious to drink. We realize that this is a little over the top but we had to do this because we knew that the only way to follow up on great Fireworks is with an even bigger explosion!