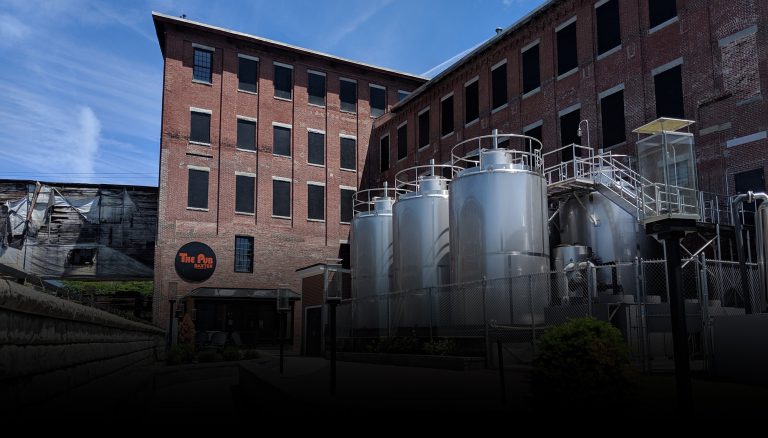 An important asset to any brewing operation is the array of tank space used during the manufacturing process. From mash tuns, to brew kettles, to fermentation vessels, a brewery’s ability to produce and maintain a diverse line of products can depend heavily on the types and sizes of tanks that it uses.

Here at Baxter, we house a number of different tanks…any visitor who has come to Baxter is immediately struck by the 6 large tanks that adorn the outside of our production facility (photo below) as well as the 3 smaller vessels in our Pub (photo below). All of these tanks are known as fermentation vessels (FVs) and are used to ferment and condition the beer prior to filtration, carbonation, and packaging. The outside tanks each hold 240 barrels (480 kegs) of liquid and are filled with beer brewed in our 30-barrel brew house. Those 240-barrels FVs tend to be filled with our most widely available beers. Stowaway, Ein Stein, Maine Lager, and our other flagship beers are brewed on this larger system. As far as brew-houses go, a 30-barrel brew house is a relatively large one for a craft brewery and with that larger throughput, allows us to attain efficiencies with labor and ingredients that would not otherwise be attainable on smaller systems. The downside to this large system is that it is difficult to brew smaller quantities on it.

Enter the 7-barrel system…with the opening of our new Pub last fall, Baxter invested in a new 7-barrel brewhouse in order to satisfy the growing demand for small batch beers. With our 30-barrel brewhouse, the smallest denomination of beer that we can realistically brew is 30 barrels (or 60 kegs). Sometimes that is just too much beer! The 7-barrel system allows us to brew smaller batches, often with more specialty ingredients. These are often the beers that you see in The Pub that are not available in package, like our Hopped Sours, Agaverita, Strata Season, and our Project series . Additionally, the smaller system allows us to pilot beers that will eventually make their way onto the larger system. Fan favorites Innuendo, Dolce Mio, and Gopher It, all got their start on the 7-barrel, were perfected, and then graduated to the big system for distribution. The 7-barrel system allows us to experiment, take risks, and create specialty beers in limited quantities.