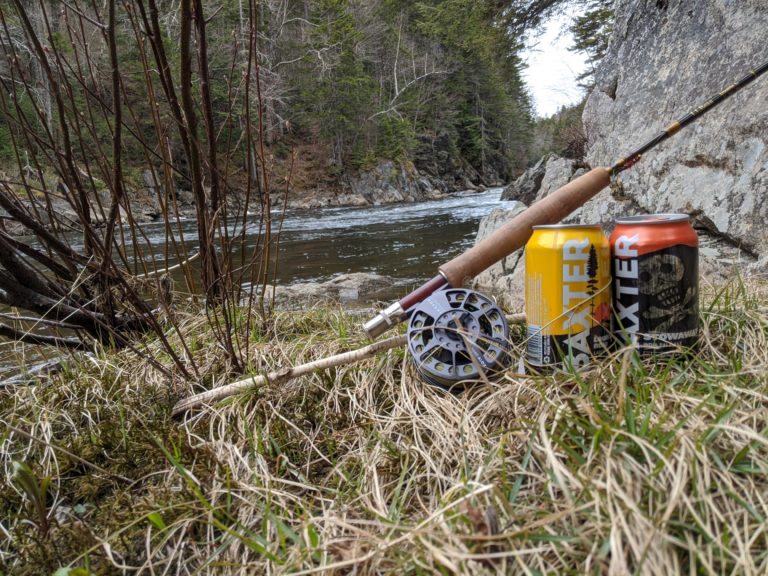 Have you ever heard the term “secret fishing hole?” It’s a term not thrown around lightly among the die-hard angler community. Mentions of such things often dissipate as quickly as they appear. The term usually carries an aura of mystique, status, and most of all, secrecy. Well as luck has it, I encountered my first opportunity last week to discover a secret New England fishing hole, courtesy of a long time friend. As you can imagine, I cannot tell you where it was, only that we were in part of the state that most people have never stepped foot in. I promised I would take the exact location to the grave. 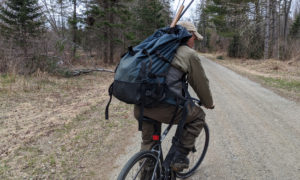 My buddy, an old-timer from New Hampshire, has fished this hole over 100 times. He recounts stories about legendary fish here, “24-inch brook trout that don’t exist in these parts anymore,” he says. This spot has clearly etched itself into his mind, not just for the massive fish he’s battled here, but also the countless memories he’s tied to the land. As we loaded up our bikes with gear and made the half-mile ride to our destination, he retells stories connected to each undulation of the land: a memory of camping here, shooting a grouse there, landing the mother-of-all brook trout back in the 80’s in that hole over there with a belly full of whiskey from the night before. Each memory is a snapshot of this place, a moment of his life frozen in time. 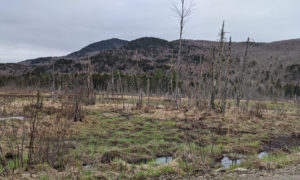 As I contemplate the significance of my friend’s secret fishing hole, it’s importance to him becomes apparent. Not just for the huge fish that feed his angling addiction, but also for its place in his personal identity. Much of who he is comes from this place. He seeks to protect its location not just to protect his prized fish, but also to preserve a piece of who is. To preserve a piece of the land that he can call his own. 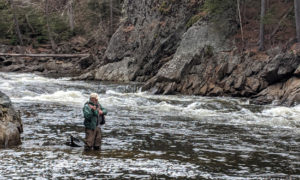 Despite stories of “six-pound hogs” in these waters, I managed not one single bite while my fishing partner scored at least six decent fish. Turns out experience does count for something. It was an honor to share this little slice of paradise for a day with one of its true caretakers. I will honor my friend’s wish by keeping this place a secret, and continue to explore our great state for a little spot that I can call my own “secret fishing hole.” 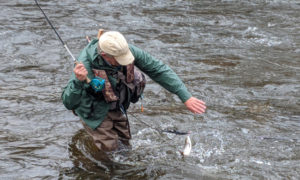