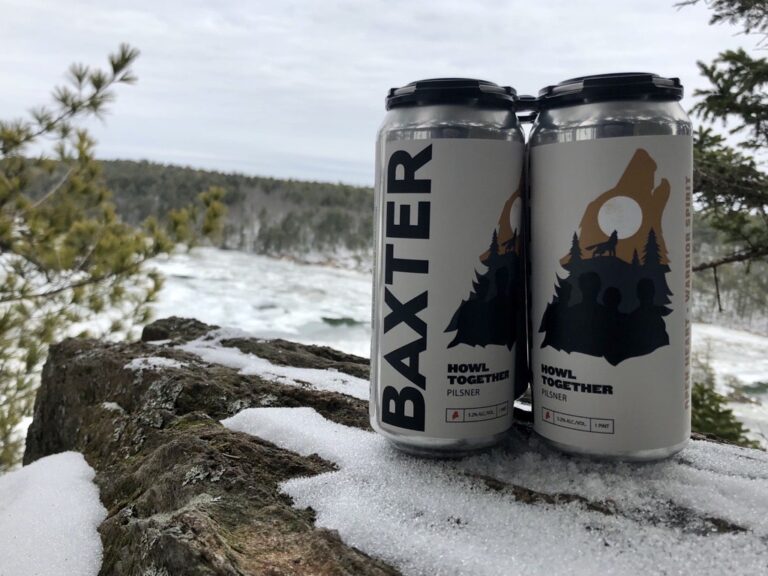 Gray Wolves are known to precede their hunts with group ceremonies that include standing nose-to-nose while wagging their tails. And despite common myth, they do not howl at the moon, but rather at each other. This is done to assemble the pack, warn their dens, and locate each other in storms and unfamiliar territories. The full majesty of wolves’ cooperative behavior is on display in virtually every North American wildlife documentary. Their explosive-yet-well-coordinated hunts are a universal symbol of teamwork and unity. When it comes to sociality, the gray wolf sets the cultural standard.

Occasionally, one of these wolves will find himself without a pack. He is referred to as a lone wolf. This status, however, is usually temporary. Lone wolves form new packs or join others. Ingrained in their DNA is the understanding they are stronger together than apart. They are better balanced and contented as a unit when instinct prevails.

When I met Trevor Maxwell last Summer I had never considered the isolation that can accompany men with cancer. But it made me think of the age-old adage women often prescribe for men. Namely, we handle colds and flus with particular fuss. I won’t argue this sentiment – it would be a really weak argument if I tried. Yet just as any scale encumbers upon the weight of added pressure – in this case, nuance – we learn everything has a tipping point. Trevor, and his mission to rescue male cancer patients from internal retreat, showed me and my colleagues at Baxter where that point was. From there, it became our privilege and our honor to collaborate with Trevor and his Cancer Wolves – as they are known – to help forward their mission and highlight their community.

Trevor Maxwell is a Stage IV colorectal cancer survivor. He lives in Cape Elizabeth with his wife and two teenage daughters. When he launched Man Up to Cancer in January of 2020, he had already been living with the disease for nearly two years. I spoke to him last Summer after his site had been up and running for a little over six months. Our partnership was in its early stages, and we were still feeling our way around the intricacies of our collaborative project. What I remember so vividly about our first conversation was Trevor’s warm and easy manner. We spoke like old friends anxious and elated to catch up. Our discussion volleyed without effort, and frequently I forgot we were supposed to be talking about our project beer.

Trevor’s engaging personality pulled me out of the reality of his battle. What was absent was the frustration, the isolation, and the despair that drove him to create Man Up to Cancer. Having indirectly felt cancer’s wide-reaching effects in varying degrees throughout my own life, I had long given it a veil of darkness. To me it was something that squeezed out every pinch of light. Yes, I understood with modern medicine, grit, and a little good fortune, cancer can often be overcome. What I wrongly assumed was that it was a ceaseless endurance battle, with a total and unwavering moratorium on joy. On that first phone call – in my ignorance – I even asked Trevor if it was safe for him to drink beer. With steadfast aplomb, he assured me he was free to enjoy the occasional brew, and that many of his fellow survivors are told they can do the same. Of course, what he really told me – what I am grateful I learned – was that he was free to enjoy his life despite his ongoing battle.

Men are strange creatures. There are a lot of us, if you believe it, that want to reject toxic masculinity. It isn’t always easy, though. Speaking for myself, I know I turn to shambles at the first sign of a cold because I don’t know how to be when I am robbed of my utility. For a lot of men, our whole identity is wrapped up in our function. It’s challenging to let go even for a short period of time. If you raise the intensity along with cancer’s uncertain timeline, it’s not surprising you’d find that tipping point. Although I didn’t know of the depression and loneliness many men suffer in the face of a cancer diagnosis, with Man Up to Cancer’s help, it didn’t take long for me to understand.

These days much of my communication with Trevor happens via email. It’s just the unavoidable residue of our digital times. Occasionally I will turn on Trevor’s podcast (which I highly recommend you follow) for a little mid-day inspiration. His voice still retains that inviting calm. Make no mistake, Trevor is a fighter. He isn’t shy speaking about the dark times that ultimately pushed him to create Man Up to Cancer. But the exuberance and strength he projects when he speaks about his group, its members, and all the people who have supported him along the way is a testament to his pack’s spiritual power.

The depth of our pride in being one of those supporters cannot be measured in words. We are very proud of all our Passion Project beers, but this one feels particularly special. Perhaps it’s timing symbolizes the hope of a new year. Maybe it reminds us that at the heart of good beer is good community, and the promise of a shoulder to lean on. Whatever the reason, we are excited and honored to share our wolf den with Trevor and his Cancer Wolves. We hope you’ll try some of our latest Passion Project this season, and Howl Together with us!

“The name really says it all. Howl Together captures the spirit of friendship and community that Man Up to Cancer is all about. When times are tough, whether it’s because of cancer or any other challenges in life, the community is what gets us through.