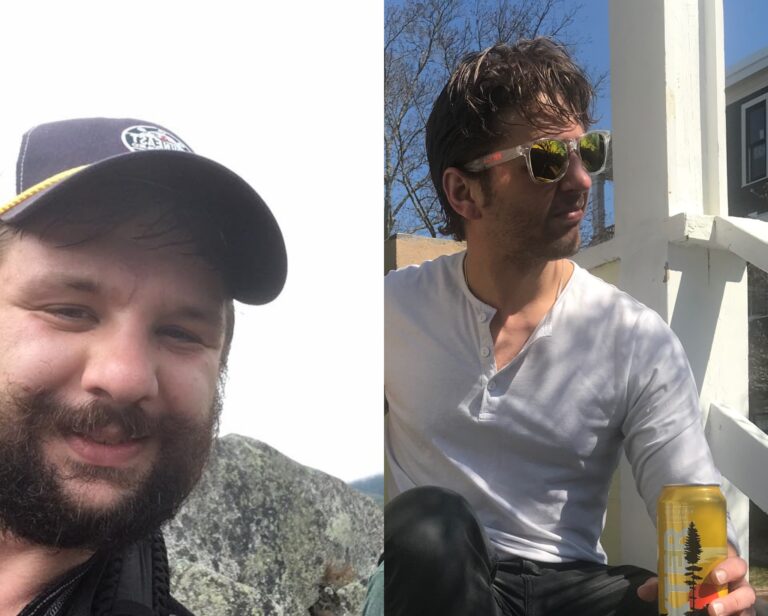 To be an exercise in duality is sort of a tactful way of saying “I am having a personality crisis.” Thankfully we are just talking about beer. That said, if you love beer (and around here we do), there are trends, nuances, and labels that can either elate or weigh heavily on the mind.

Take me for example. I am a born-and-bred Mainer, the kind that likes to remind people the city in Oregon is named after our Portland, lobster used to be prison food, and the only reason you enjoyed your visit so much is because you came here in July. You know, your typical, friendly New Englander.

Thus, it may come as a surprise when I say I am a staunch, die-hard fan of West Coast IPA.

Yes, I know. We are wrestling semantics on this one. It’s just a name, and I am playing into the paradoxical nature of a proud New Englander admitting his favorite type of beer is “West Coast.” Indeed, a rose is still a rose by any other name. That said, it’s hard being a West Coast IPA fan living in New England these days. Both tap lines and retail shelves have become increasingly overrun by East Coast IPAs, NEIPA… or hazy IPA – there’s a lot of terms for this one.

I would akin this experience to a defiant 1970s metal head embittered by the increasing pervasion of disco music at every turn of the dial. It’s not a put down of East Coast IPA – or disco music. But like a kid being teased for his Aerosmith t-shirt, it’s easy to feel outnumbered. Then it becomes hard not to stand up and clamor.

Never a fan of soap boxes, I want to dig deeper. I could rally behind West Coast IPA all day, but let’s give alternative opinion its due. Enter Jonas Burke.

Jonas, you may recall from an earlier article, is our Southern Maine Territory Sales Rep; the one who capsized his canoe on the Kennebec River. Don’t hold that against him. He’s a good Rep, great colleague, and fan of East Coast IPA. I posed a series of questions on the merit of East and West Coast IPA for he and I to answer. A Battle Royale, unfortunately for entertainment’s sake, did not ensue. In the spirit of good beer, the conversation remained congenial. See for yourself.

Question 1: what do you like about New England IPA [NEIPA]/West Coast IPA?

Jonas Burke: Personally, I feel like [NEIPA] are a very approachable style of beer. While I love IPAs, sometimes I feel like they are too bitter. The NEIPA feels like a good balance of sweetness and bitterness. So while the hops are a feature, they aren’t the driving force of the beer. The hops work well with malts, and lead to a fruity and juicy beer that is enjoyable without being overly bitter.

Tony Grassi: I like the balance and bite of West Coast IPA. The bitterness doesn’t bother me, but I don’t have much of a sweet tooth. I prefer my IPA to be piney, with lots of resin, more floral than sweet. All beer has maltose, so there’s always going to be some sweetness going on. At the end of the day I want my beer to be a beer. I want to know I am drinking something made out of malt and barley.

Q2: What sort of flavors do you look for in an IPA?

JB: I usually think NEIPA have a full body and smooth flavor. I am generally looking for an intense tropical fruit, citrus, or stone fruit flavor profile. I also look for the ‘hazy’ feature in these style IPAs, and a dank aroma of hops.

TG: I’ll take some tropical fruit in my IPA. A little hint of strawberry is good. The thing is I want the fruit flavors to be subtle. I’d rather get pine, and cereal, and malt. I want an earthy quality to come in and balance out the sweetness.

Q3: What about the look of the beer, particularly “hazy” beers?

JB: I am generally for it, but I don’t fully endorse the ‘haze craze’ that has followed. I still remember the first time I had a Heady Topper, and was shocked at this new style of beer. I also [love] drinking harder ciders which are also opaque and unfiltered. So the image of a hazy beer resonates with me; more so than say see-through lager.

TG: For myself, I don’t like the look of hazy IPA. It’s one of my biggest pet peeves. I like the look of a beautiful, copper-colored ale I can see right through. Something about that crystalline amber hue really speaks to me. It looks so refreshing yet substantial at the same time. I’m getting thirsty just thinking about it!

Q4 (ultimate question): What is your favorite Baxter IPA?

JB: My favorite that we currently brew is NameME IPA. It is everything I am looking for in a NEIPA – well balanced with a lingering sweetness. That being said, I am beyond excited about some new beers in the pipeline. I recently tasted our upcoming Ice Storm of ’98 and, boy, was that something special. The perfect blend of tropical fruits and maltiness to warm you up on a cold Winter’s morn. Surviving the ice storm that rocked our state in the Winter of 1998 is a point of pride for many Mainers. [It’s] a storm we still talk about to this day. I think [we’ve] hit the mark with this beer, and what better style than a NEIPA to remind us of our perseverance in the face of New England’s harsh winters.

TG: It’s still Stowaway for me. I love our FreeJacks IPA, and Firestack is incredible, too. But Stowaway has been my favorite IPA for about eight or nine years now. I don’t see that changing anytime soon. You can say I’m a homer, but that beer is popular for a reason. It’s perfectly balanced, consistent, and bursting with flavor. That said, I’m excited to see what [Head Brewer) Justin [Blouin] has coming down the pipe for 2021. Anything with Strata or your big ‘C 3’ hops, I am here for, but who knows? Right now NEIPA is what’s hot, so I’m not holding my breath for a bevy of new West Coast-style IPAs to come out.

A friendly and civil discourse. Probably helped we did it over a Microsoft Teams chat. And that Jonas is a good guy. Still, in a climate of tribalism it can be pretty easy to feel overwhelmed. People are passionate about beer, and that’s a wonderful thing. People are passionate about music, as well, and it’s important to remember no matter whose t-shirt you wear, you are not the only who likes that band – they didn’t print thousands of shirts just so you could buy one.

Perhaps when the clouds of our global health crisis clear, and festivals resume, a little slice of camaraderie can be cut off for the West Coast IPA lovers at a local beer fest. Maybe it’ll be a big wedge. Things tend to come around. Hard rock music did. I saw Aerosmith play a concert at Old Orchard Beach in 8th grade during the height of grunge. It was a sold out show.

Thank you to Jonas Burke for contributing to this article.