Blog / Our Side of the Mountain

Our Side of the Mountain 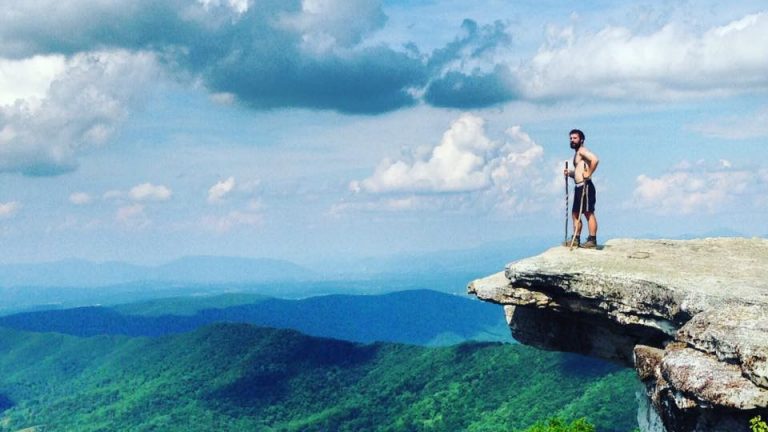 “All I could see from where I stood
Was three long mountains and a wood;
I turned and looked the other way,
And saw three islands in a bay”
-Edna Saint Vincent Millay

These lines are immortalized on a bronze plaque atop the southernmost mountain in Camden Hills State Park, Mount Battie. The mountain looks out over the quaint town of Camden and across Penobscot Bay. On clear days you can gaze across Isleboro, past Deer Isle, all the way to Cadillac Mountain. I’ve read the plaque often – trying to guess which three mountains and islands the poet was referring to some hundred years earlier.

I grew up on the mid-coast of Maine and spent my childhood climbing the mountains of Camden Hills State Park. There’s the rugged and impressive Mount Megunticook that features the deadly Maiden’s Cliff. As the legend goes, a girl was running after her hat when she fell 800-feet to her death on the banks of Megunticook Lake. Another favorite is the mountain biking trails of Mount Cameron. Although I personally don’t have the grit to bike those trails, many of my friends wear their scars or broken collarbones with pride—a mid-coast rite of passage.

My favorite mountain, however, remains Mount Battie. The one-mile hike up the southern face is a steep, albeit short, ascent. As a child, the highlight of the climb was the castle-like observation tower that looked out over Camden. Perched in its keep I felt like a lord looking down on his dominion as windjammers cut across the ocean and church steeples poked through the canopy of pines and spruces. When the fall foliage came the landscape would transform from green into a fireworks display of colors. The Birch and Ash trees would turn a sun-soaked yellow, the Oaks a hearty orange, and the Maples a somber red.

As a kid I remember a certain frustration that a road led to the top of the mountain. It annoyed me that after reaching the summit I would invariably be greeted by tourists with cameras and donuts in hand. They would “Oooh” and “Aaah” at the resplendent beauty of coastal Maine, but to me they hadn’t earned the vista. What would Edna St. Vincent Millay think of this transformation, her once private sanctuary overrun by the masses? A place of quiet contemplation was replaced by groans of buses packed full of cranky children and sunburnt adults. And this problem of easy-to-access natural beauty is not isolated to Mount Battie.

I’ve climbed Mount Washington a number of times only to find a line of tourists waiting to take a picture at the sign. With every trek I carried with me the same internal disapproval. If you didn’t climb the mountain yourself, why take the picture? Why make the journey at all? While I’m on the subject, I hate those bumper stickers that say, “This car climbed Mount Washington.” A car should not get a badge of honor for doing exactly what it is intended to do. But clearly I am a curmudgeon.

Conversely, something I’ve always admired about Baxter State Park: its exclusiveness. Baxter State Park is managed by a trust that puts conservation above all else. I think if they had their way no one would be allowed in. You have to really want to experience the Maine wilderness to make this trip. Not only is Millinocket a ways from any major airport or city, but you have to navigate the Tote Road, a narrow and winding unpaved road with potholes and blow-downs galore. Then you have to endure the swarms of mosquitos and the grueling ascents before finally reaching the majestic views. 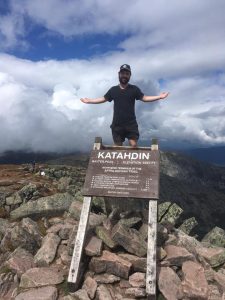 Whenever I make the journey to Katahdin, I think about American naturalist Henry David Thoreau. Thoreau wanted to experience the Maine wilderness, so with a guide he made the trip up to Katahdin, writing about it in his book The Maine Woods. I’m not going to do it justice, but he was seriously flipped-out by the experience. The primeval Maine woods is not a forgiving place. He writes, “The tops of mountains are among the unfinished parts of the globe, whither it is a slight insult to the gods to climb and pry into their secrets, and try their effect on our humanity. Only daring and insolent men, perchance, go there.”

This sentiment runs deep in Mainers –we are a daring and insolent breed. We endure the hardship for the reward. We endure a great many things: blackflies, winters, consistently frigid ocean temps, to name a few. There is a quiet pride in enduring these hardships. It shapes us into the people we become. As I’ve grown older though, I’ve begun to change my mind – as is often the case.

It began with a chance encounter on a late July day. I had just finished climbing Mount Battie. I welcomed the cool ocean breeze at the peak, and made my way toward the observation tower. The summit overran with people, as per usual for the time of the year. Amidst the crowd, I saw an old couple exit a car with Virginia license plates. The man, hunched over a cane, crept through the crowd towards my isolated vantage point.
“So, you from around here,” he asked, ending my quiet reflection
“Ayuh,” I answered.
“Sure is pretty up here. I never thought I’d make it back up here,” he continued. I looked more closely at him. He was not like the usual tourist. The man gazed with awe at the islands dotting Penobscot Bay. He was lost in a memory, and I sensed he was talking more to himself than to me.
“Been here before, have you?” I asked.
“Yep, never forgot it either. Can’t remember a lot these days, but never forgot this place. Sure, is nice to be back.”
“Pleasure to have you back,” I responded, and we continued to make small talk for a bit. The conversation drifted to fishing holes, then the Shanandoah Valley, until he eventually left. In the years since I’ve thought often about that old man, making his way back to place he visited in his youth. I began to think who was I to be the gatekeeper of Mount Battie?

It reminds me of folks you run into in the beer industry. We’ve all run into those elitist beer drinkers. They’re the ones who scoff at your Tahitian bean vanilla sour. They often have strong opinions on what beers you should be drinking. They use their knowledge of hop varieties like a weapon. I dislike these people, but in a way my views about nature were similarly rigid. I’ve changed my tune a bit, and now welcome tourists to the top of Mount Battie. 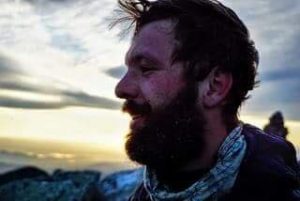 Unlike myself, Baxter Brewing has understood the joy of sharing the outdoors for a long-time. Nature, and beer, is something to share with the world. It is best enjoyed together. It’s why our beer doesn’t cost an arm and leg. Don’t like IPAs? We got lagers. You prefer a sour or a seltzer? Cool; so do I and we’ve got those, too. We brew for everyone. Why? Because we think that there’s nothing better than sharing a cold beverage – of your choice – while taking in the Maine outdoors.

Environmental stewardship is an important component of Baxter Brewing. Whether it is a clean water initiative or our partnership with Maine Huts and Trails, our intimate world is always at the forefront of our efforts. With this in mind, May marks the release of our State Parks beer series starting with Colonial Pemaquid. Inspired by New Harbor’s bucolic state park, Colonial Pemaquid is a deliciously refreshing honey blonde ale perfect for summer. Grab a 4-pack and share one with a friend, or better yet a tourist. People travel from all over the world to take in the Maine beauty and try our delicious seafood and robust craft beer scene – I for one welcome them.