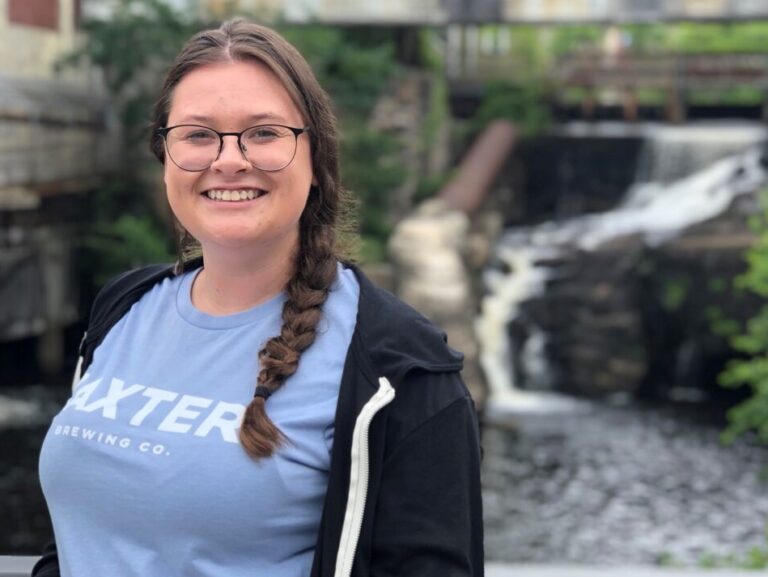 Hey, I’m Becca; Baxter’s new Territory Sales Manager in NH & VT! I am a craft beer nerd who has worked on the packaging line, in sales, and at tasting rooms for a few breweries. I have watched people brew many different styles of beer. Today I want to talk about lagers! I would like to share some history, and I will try to break down lager brewing basics for those who don’t know the technical side. But before we get into that, we need to know the distinctions between an ale and a lager.

Oxford defines a lager as: a kind of beer, effervescent and light in color and body. I like to define a lager as: a light beer, crushable on both hot summer days and winter rides on the ski lift. The word “lager” in German means warehouse or storeroom. We’ll get to why this is important shortly.

An ale uses top fermenting yeasts (the yeast stays at the top of the fermentation vessel, aka the FV) that work at a higher temperature. Lagers use a different yeast that requires cooler temperatures to ferment the wort. This causes the yeast to fall to the bottom of the FV.

Lagers can be traced back to the 1400s, the first of the pale beers to be brewed in Europe. At this time, beers were fermented in ice caves which made brewing impossible during the summer. By the late 1800s, however, German brewers had access to refrigerated tanks. With the industrialization of cold storage, lagers became the most brewed style of beer in the world.

Some of the biggest differences between lagers and ales are the yeast, fermentation temperature, and fermentation time. The yeast makes a world of difference when brewing a lager. When the yeast is pitched, or put into the wort (liquid made after mashing grains), it needs to be at a cooler temperature (48-55 degrees Fahrenheit) to start working. Remember when I gave you the German definition of lager? This is where that is going to come into play. Lagers are beauty, they are grace, and they take time. It can take a few days to even see a change in the beer when the yeast is first pitched. Today, three weeks is a safe fermentation range for lagers. Brewers must manage and maintain that temperature to make sure that there are no off flavors or issues during fermentation. As a reference, IPAs usually take 8-12 days to ferment.

Okay, so why am I rambling on about yeasts and fermentation temperatures? That would be because I LOVE LAGERS! I’ve always been a big fan of craft beer. Growing up in Vermont only 15 minutes from Shed and Otter Creek, it was hard to avoid! Vermont may be one of the IPA capitols of the world, but they make some great lagers, too.

You may be wondering how lagers became my go to beer? I like to drink light, so I don’t fill up fast. As an unabashed epicurean I like to try a little bit of a lot of plates. Mixing that with heavy beers like IPAs and Stouts fills me up too quickly. It doesn’t mean that I’m not looking at those options on a menu. That said, lagers have called to me in a way that heavier beer options haven’t. 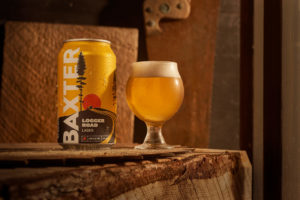 My “ah-ha” moment: drinking an American Solera at the craft beer bar, Torst, in Brooklyn. I can’t remember the exact name of the lager I had and it haunts me to this day. What I remember is the crispness of the bright floral flavors. This was the first beer I had ever tried by American Solera, and I can’t wait to be blown away by more of their lagers. One day, I will make it out to Tulsa, Oklahoma and find this beer again!

As my pallet has matured, I’ve stuck close to my light beer options. I love hops and the diversity they bring to beer. Yet when I look at a beer menu, I want something that easily pairs with a wide variety of food. And it shouldn’t fill me up after one pint, either. As I write this ode to lagers, I am sipping on Staycation Land at Boone’s Fish House in Downtown Portland. It’s a hot day and this refreshing brilliant lager is hitting the spot. I’m pairing it with their fried calamari topped with pickled peppers, and it’s bringing out all the spicy flavors.

Craft brewers pay attention to industry trends, and guess what? Lagers are on the upswing! Two years ago, it would be rare to come across a craft brewed lager that was always available. Now almost any bar you go too will have craft lager options year round. New York City, a craft beer mecca, is seeing lagers as a top-three best selling style of beer.

When you think of lagers what comes to mind? Light, American domestic brews? Smaller craft breweries are gaining recognition for making rich, flavorful, world-class lagers, and they’re available year round.

In this age, people want to be able to drink a beer all day while they are at the beach with the family, headed out on the mountain, or out with friends. Lagers are light, smooth, and usually lower in ABV. And with the wide variety of hops that brewers have access to, there is no limit to their flavor profiles.

So the next time you’re out for dinner considering a new beer to try, or at the local package store looking for your next cook-out beer, try out a lager. Your taste buds will thank you!