Blog / Sea to Summit Round 2: The Millinocket Marathon

Sea to Summit Round 2: The Millinocket Marathon 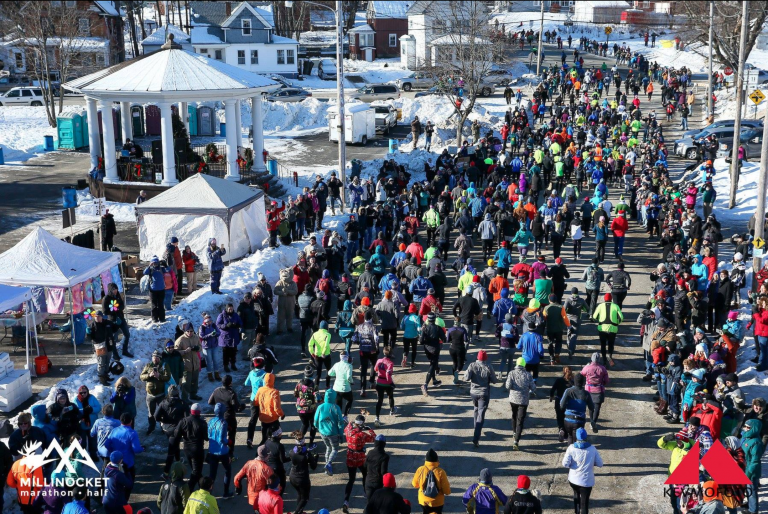 This free event was started in 2015 to help a struggling Maine mill town that has been devastated by the closing of their major employer. The only rule for this free race, essentially, was to give back to the local community through lodging, dining, volunteering, or as Gary proudly recounts, to tip the same amount as your bill! Runner’s World Magazine picked up the story shortly thereafter and the rest is history. What began as a 50 person race in 2015 now attracts over 1400 runners in its fourth year, with an economic impact to the greater Millinocket Area of over $300,000!

When Gary approached Baxter about a creating a beer to commemorate the Sea To Summit series, which consists of the MDI and Millinocket Marathons, it was love at first sight. The Sea To Summit spruce tip blueberry lager is a homage to Maine’s wild space and those who preserve it. As well as a nod to two of the unique communities in the Acadia region and the Katahdin Region, who contribute greatly to Maine’s identity. A portion of proceeds from this beer will be donated to the Friends of Acadia and Friends of Katahdin non-profits.

Please join us up in Millinocket this coming weekend (December 6th to the 8th) to cheer on the racers and support the town of Millinocket, Maine. We’ll also be hosting a few race parties throughout the weekend. Come say hi and cheers a pint of Sea To Summit to the Millinocket Marathon!